An Alchemist in Paris – Dining I

I received several excellent suggestions for dining from my friend Andrew (you know who you are), transmitted in real time by Facebook. Saturday lunch was at Chez Paul, conveniently located close to my hotel, and was every bit as good as promised – with a main course of rabbit stuffed with goat’s cheese and mint. 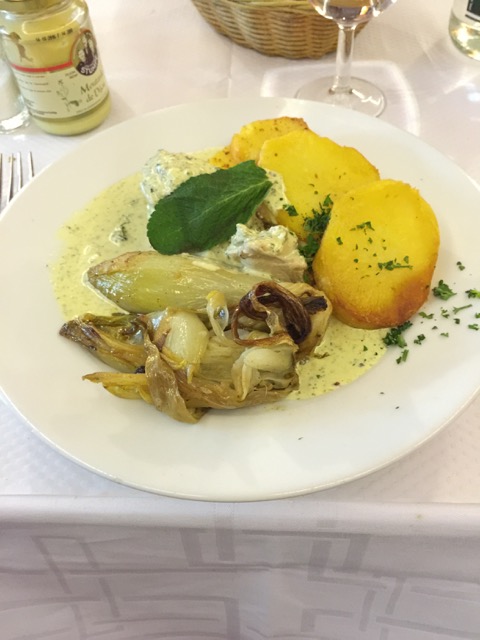 The Parisians have left for the weekend and so there are no native French speaking customers at the moment. I began my meal translating the menu from french to Spanish for the lovely couple next to me (who ordered oysters and had no idea what to do with the shallot vinegar – although to be fair they worked it out for themselves by the time the oysters came, but they did begin by attempting to spread it on bread). From a more distant table came an amusing moment at the end. No one is more sympathetic than me to the problem of French faux amis, but attempting “billet” for “bill” was never going to work really, was it?

Continuing my culinary adventures, having over indulged for lunch, a more light evening meal suggested itself – so that means fish. And shellfish. And especially oysters. So the Bar a Huitres, also conveniently close to the hotel, seemed to be the place. And this is what has come. 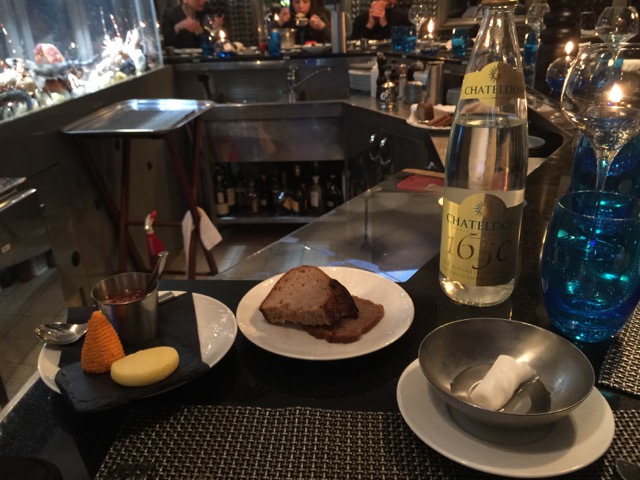 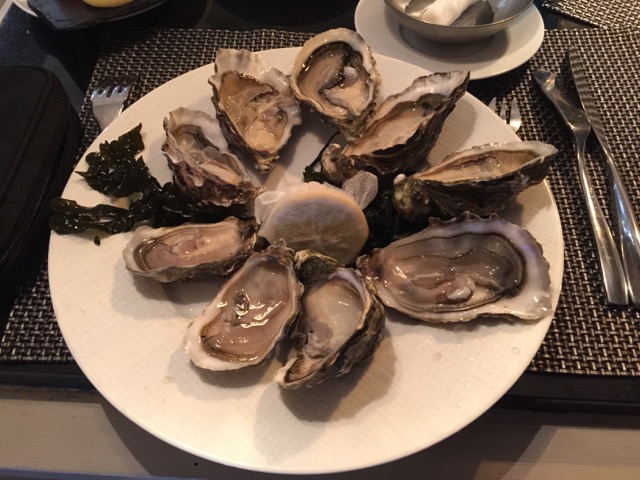 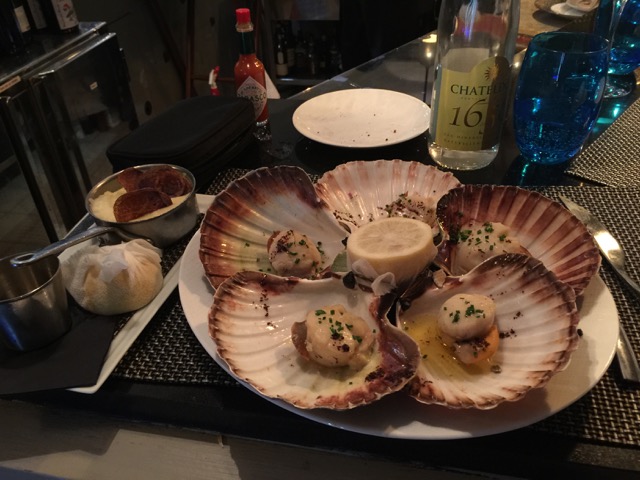 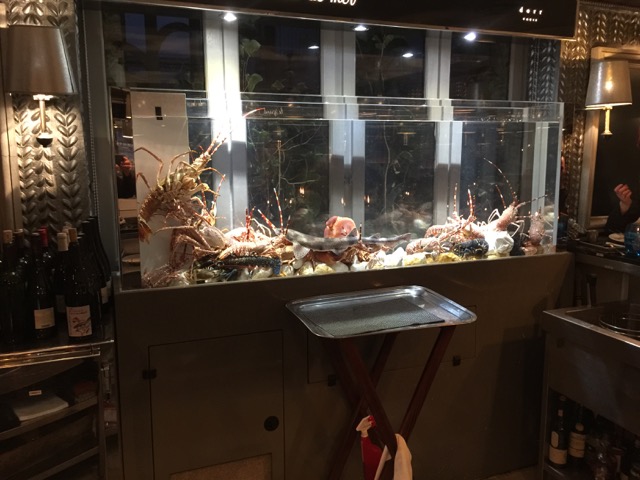 The ones that got away – for now

It was all stunning – my place setting both before and after the main attraction arrived – and the tanks containing I estimate several thousand pounds worth of assorted crustaceans. All illustrated herewith for your delight. Blurrily probably, but that’s how I see them myself.

On my last night, I did not have the energy to go far for dinner, so boringly but deliciously I came back, mainly for more oysters. Although I had resolved by this stage to post no more food shots, the lobster linguine was so beautiful I could not resist. 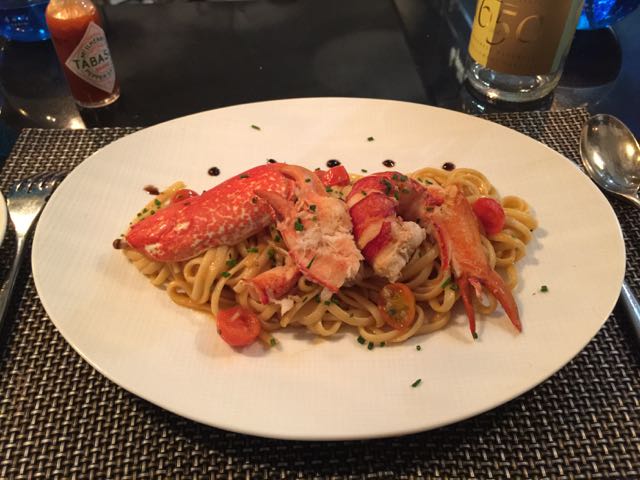