An Alchemist in Paris – Day 3

Today, unable to decide between Notre Dame and St Sulpice, Darren is going to both – the gregorian mass at the cathedral at 10 and the solemn mass at St Sulpice at 11. Followed by the “audition” of the organ.  I just about got the first piece of the audition but the second one needed some explanation from back home. 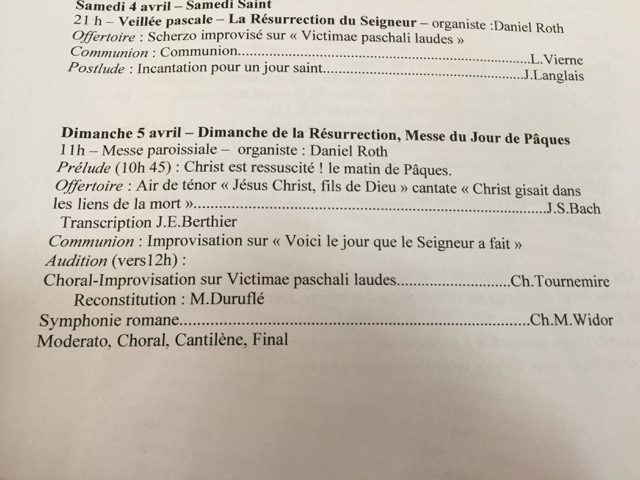 The warning outside that one should attend mass and not just come for the organ at the end was, as I was reliably previously informed, not remotely enforced. 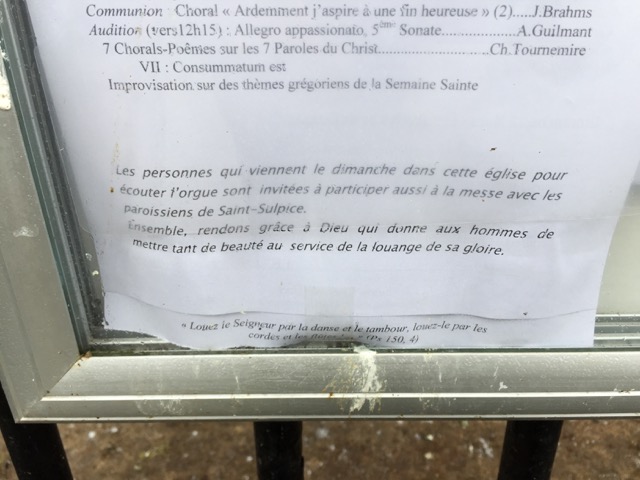 A warning to be disregarded

So, for lunch I then took a punt. Just found somewhere that looked nice close to St Sulpice and came in. Time to live dangerously! Doubtless I will let you know how it goes.

Perhaps I should not have carried the living dangerously over into the actual ordering. On the daily specials was “fromage de tete”. Again please imagine the circumflex. The nice waitress confirmed that this was indeed head, a piggy one to be precise. She then helpfully said it was a kind of terrine. “Well, why not,” I thought, even though I don’t usually get on well with odd bits of animal. Bit of a mistake. It was gelatinous and cartilaginous. And is it just my imagination or does the salad look like a green head of hair? Anyway safe next course – chicken. 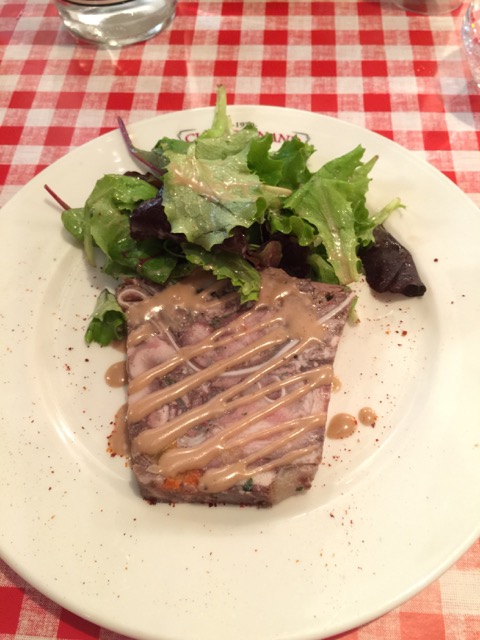 And now, time to compare organs – St Sulpice and Notre Dame. I should not really be doing it since I am not really an organ fiend, and I only heard a little bit of each and not playing comparable pieces. St Sulpice was lovely, multitextured and cuddled the listener with sound. At Notre Dame it was more like being slapped in the face. In a nice way. And I quite liked it. I think I would like to go back for more. The apparent complete absence of a music list however (I even asked but no joy) means I am not sure when would be good for a return visit.

There was a lot of offal on the menus in the french restaurants I have been to in Paris. Most I avoided. The fromage de tete was hardly a triumph. But it reminded me of a line from Mock the Week. Under the title “Things you never hear in France” Hugh Dennis said “This part of the animal, we just throw it away.”

Then it was time to meet up with my uncle Paul and his friend Caroll – and where better than the amazing Ladurée – the spiritual home of the macaroon. 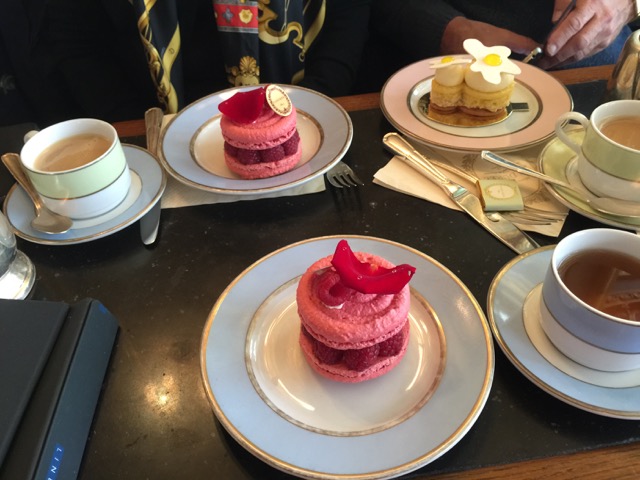 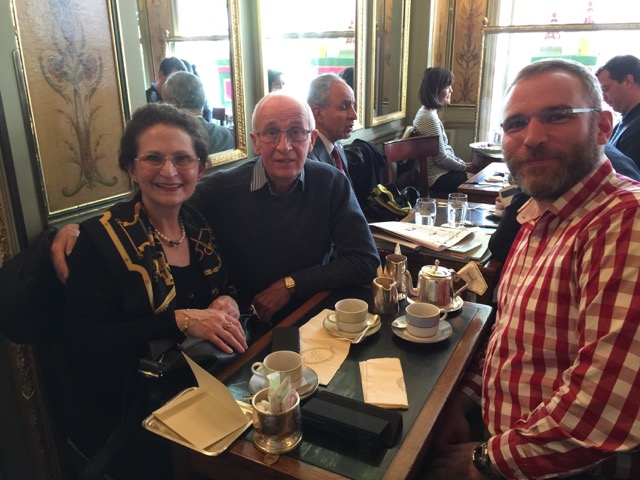 In the meantime, I felt I had not had enough of the grande orgue at Notre Dame, and during the week they seem to use only the choir organ, so I popped back for a lovely vespers and lingered for the first half of the evening mass. Which was no less packed or solemn and choral than the morning one, although celebrated only by the auxiliary bishop of Paris and not the cardinal himself. The music was apparently identical. It was wonderful being slapped in the face by the mighty beast again. The bells were a lovely sound as well – although oddly very loud when approaching the cathedral but completely inaudible inside. Anyway, that is probably enough religion for a holiday.