It is now Thursday afternoon, and my last few posts have all been pictures, so I think it is time to return to my familiar (and preferred) medium of language.

My photos were not that great, some taken just with iphone with challenging illumination conditions. They then needed downloading onto my laptop, followed by an attempt to indentify ones that even merited posting. Then there was quite a time-consuming and error-prone uploading process because of the rather limited bandwidth of the WiFi connection here. So apologies for the lack of real-time illustrations.

The excursion day was lovely, as I hope the piccies show. I had great travelling companions, even if our guide was a little shrill and over-enthusiastic. The elephant centre was much more fun than I had imagined, and I was quite surprised to find myself really looking forward to the elephant ride. I don’t know how humane it really is, but it was a wonderful experience.

The temple is apparently the oldest in northern Thailand, and was very moving. The main hall was being renovated, but the smaller halls were still interesting, and the main central pagoda, of copper (it seemed) with gold overlay, was magnificent – this is what is in the picture I posted.

Mercifully, I then had time for a shower before heading to a lovely reception hosted by the pan-Asian firm of Axis. We were treated to some wonderful hospitality.

So what then of the title of this post, the final day?

Well, firstly it was the only day where I went to any business session of the conference (I don’t count the opening ceremony). Most of the delegates in fact largely disregard the official programme, and indeed significant portions are reserved for members of APAA, or sometimes even only for council members. I was struck by how, in contrast to the open informality of the rest of the proceedings, the formal programme was very – well – formal.

I luckily joined the session in time to learn that the special topic of the Design standing committee for next year will be mobile communication devices. As I am chairing a session on this very topic at a conference to be held by and at OHIM next April (to celebrate 10 years of the Community Registered Design) I was very interested to see this. I hope that we can collaborate and compare notes.

During the rest of the day I had some scheduled and unscheduled meetings, and was, for this one day only, also able to find some time during the day to catch up with some work from back home.

Then it was off to the Royal Park Rajapruek for the closing banquet. This had apparently been intended to held al fresco, but torrential rain earlier in the day had scuppered this plan. So we were divided into two halls, one for those who had pre-reserved tables, and one for the rest of us. Our hall had the disadvantage of hearing the fantastic live music only via relay, with the concomitant advantage of being completely unable to hear, and therefore able cheerfully to ignore, the speeches.

On entering, there was a parade of ladies dressed in the national costumes of, it seemed, all of the APAA recognized countries, which was quite a sight. Indeed delegates were invited to wear national dress, and, while most like me stuck to suit, many people were wearing the most fabulous and stunning outfits. I elected to interpose myself next to the Japanese-dressed lady for the entry photo.

The meal was completely western, the only time so far that this happened, but, like all the other food during the conference, completely delicious.

By the end of all of this, I was utterly done in. So even though I really wanted to get to the hospitality suite, which I had not really experienced properly the whole conference (thereby missing the legendary and apparently inimitable APAA band), I elected to stay on the bus and go back to my hotel.

You might have thought that this was the end. But not a bit of it. The firm of Tilleke & Gibbins decided that we had not yet had enough of networking and stuffing our faces, and so they kindly organized an after-event brunch on the Thursday morning. This was a truly delightful affair, much more relaxed in the way that only an after-event can be, which gave us a chance to re-connect with some of those who we had met over the previous four days, and even meet a few additional people. Moreover, significant numbers of people were actually NOT WEARING SUITS! In astonishing contrast to the first day, where the “smart casual” dress code was interpreted by most delegates and meaning “suit and tie”. The setting was also stunning, while the food and drink was fabulous (as, to be fair, it had been all through the conference). I would like to thank Tilleke & Gibbins for a great closing event. 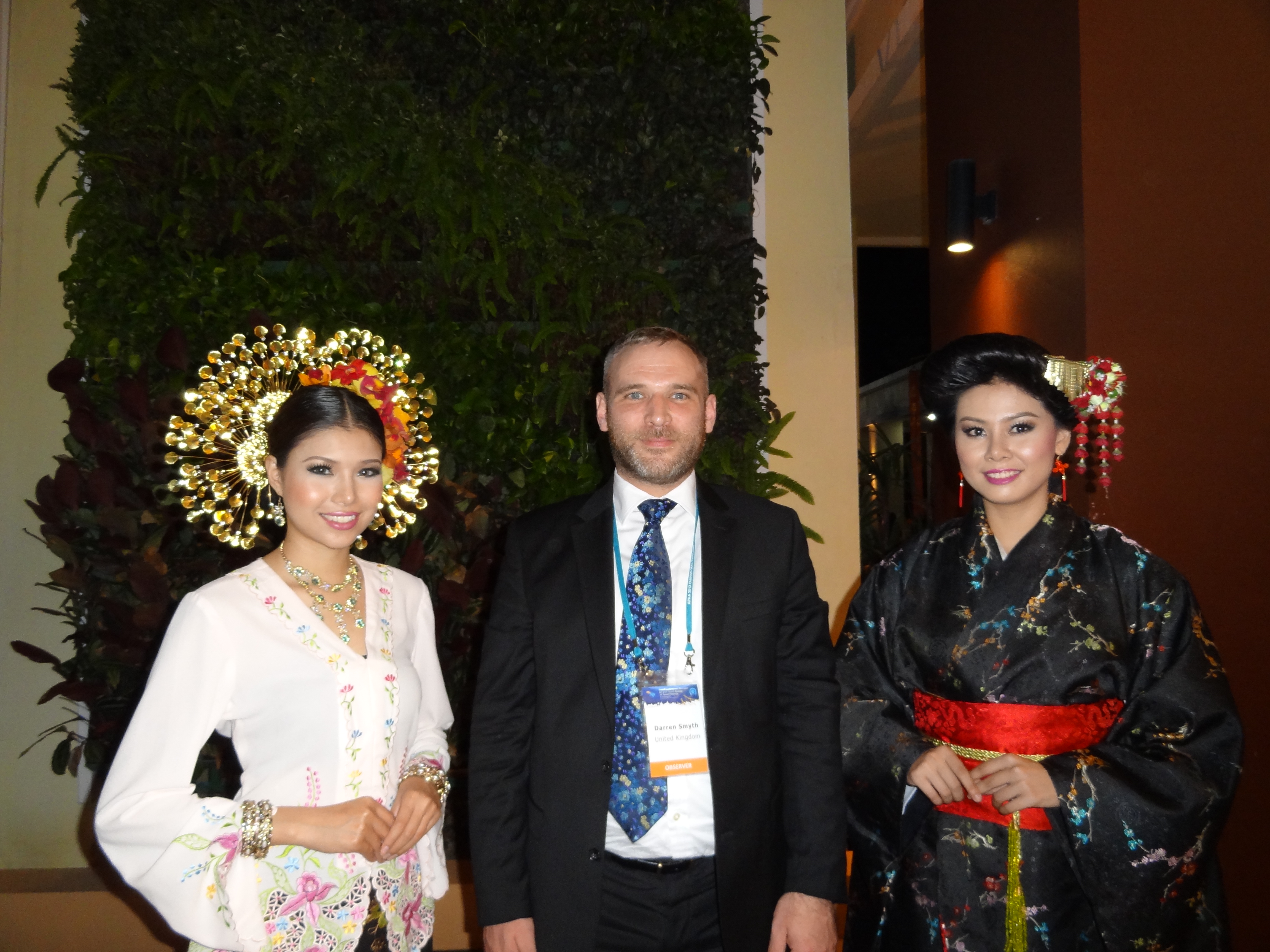